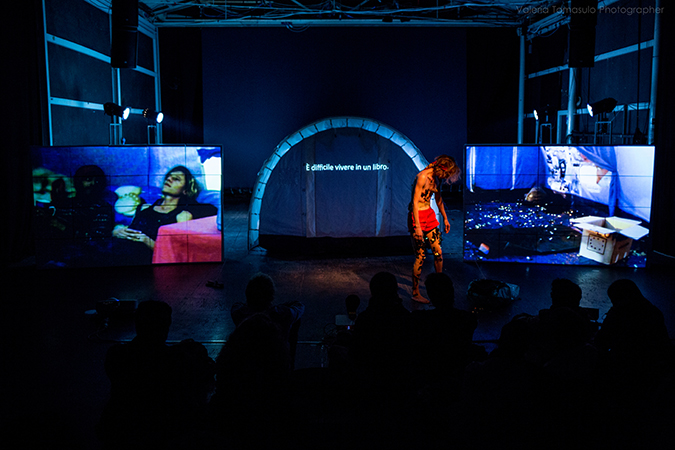 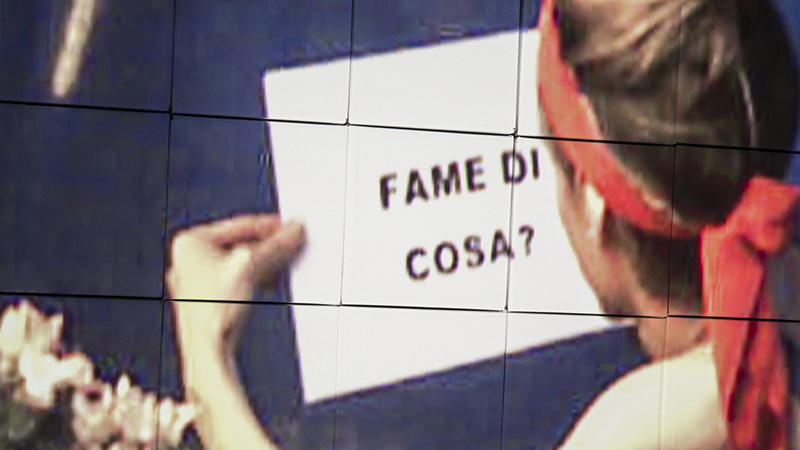 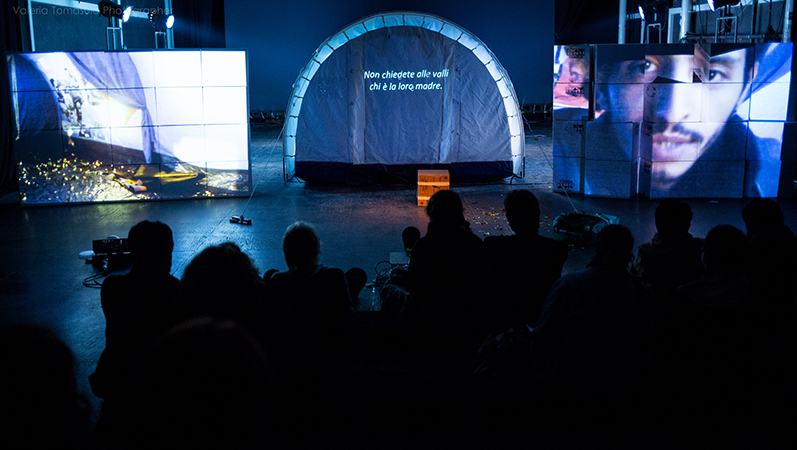 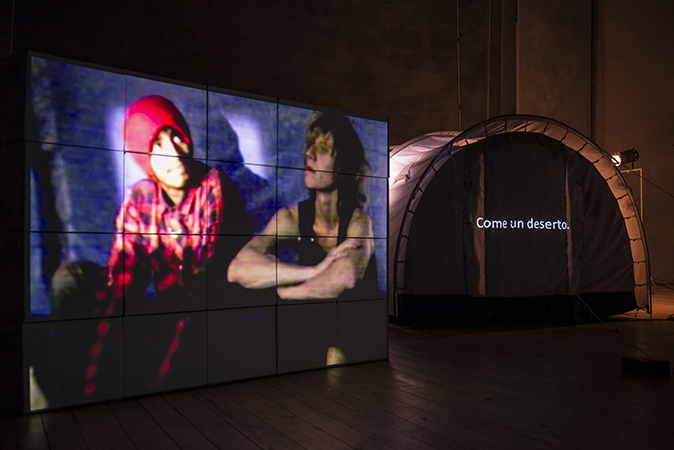 In the context of ART IN RESISTANCE | An artist talk will be held after the show on October 31 at Schwere Reiter.

In Italian with German surtitles

Two temporary emergency tents in which two characters live. Ariel and Caliban from Shakespeare's TEMPEST. Or: The Italian performer Silvia Calderoni and Dali (Mohamed Ali Ltaif), a Berber, visual artist, and activist in the Tunisian revolution. Coincidence and necessity have brought them together. They have been through stormy and existential shipwrecks, and are tortured by frustrated demands. They communicate without speaking the same language; they mix Italian, French, and Arabic. Every word, every movement will be filmed by two cameras in the tent. A poetic film will be created, which reflects their intimate look, the wreckage of their desires. It has to do with the right to move about freely. It has to do with the fringes of the Mediterranean Sea. The sea that tens of thousands boat refugees will cross today in their desperate attempt to reach Europe.
READ MORE:
Cast
Text, concept and direction Enrico Casagrande and Daniela Nicolò With Silvia Calderoni and Mohamed Ali Ltaief (Dalì) Video Enrico Casagrande, Andrea Gallo and Alessio Spirli Video contribution Documentary »Philosophers’ Republic« by Med Ali Ltaief and Darja Stocker Translation Nerina Cocchi Assistant to the director Ilenia Caleo Production Elisa Bartolucci Organisation Valentina Zangari Distribution Lisa Gilardino Press office Sandra Angelini
Biography
Motus was founded by Enrico Casagrande and Daniela Nicolò in 1991. Over the years the group has created theater shows, performances and installations, conducted seminars, participated in interdisciplinary festivals, and organized rounds of discussions. Based on social observations, Motus mirrors changes that ripple through our societies. The results are filtered through the prism of literature: aesthetics, which reflect today's fragmentation / splintering. The group has won numerous awards for its works and has been invited to many theater festivals. All of the works by Casagrande and Nicolò are accompanied by an intensive program of public meetings, readings, and master seminars at Italian and foreign universities.
Production and realization
Produced by  Motus. Realised in Ateliers de l’Euroméditerranée - Marseille Provence 2013.  With the support of Santarcangelo 12 13 14, Face à Face | Paroles d’Italie pour les scènes de France, Angelo Mai Altrove (Rome) and ESC Atelier Autogestito (Rome)
Realisation supported by the »Creative Europe« programme of the European Commission and the Allianz Cultural Foundation