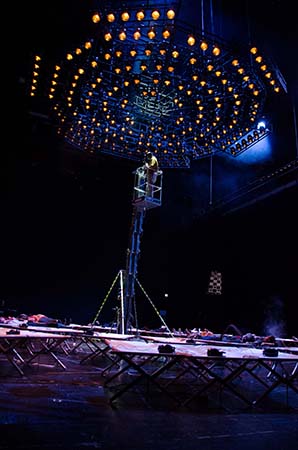 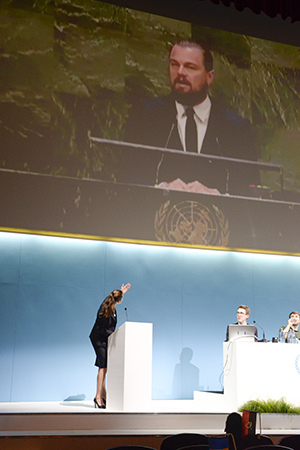 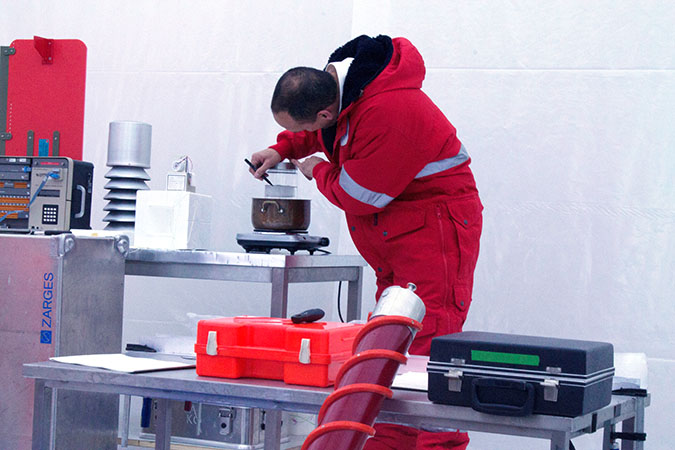 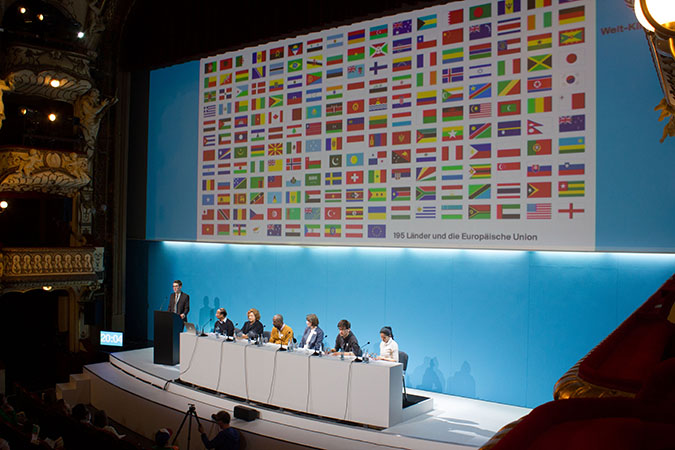 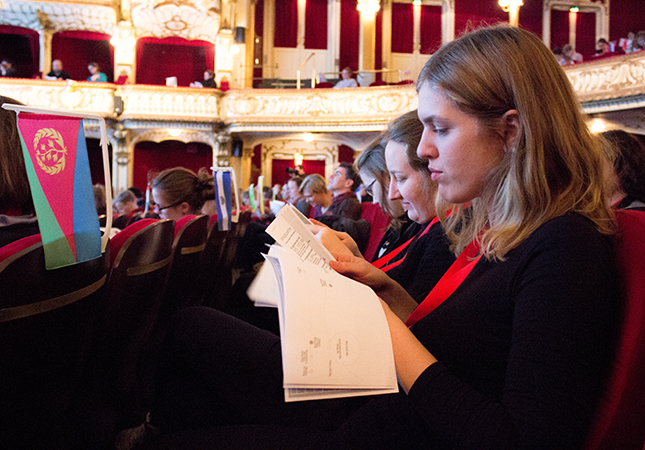 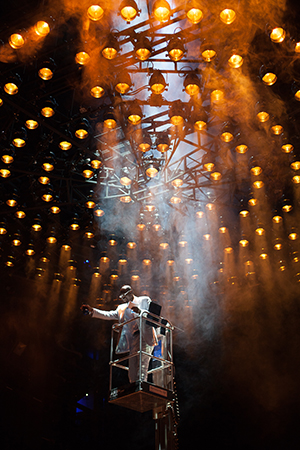 In November/December 2015 the 21st World Climate Conference will take place in Paris. Experts and politicians agree: This is the last opportunity for the global community to agree on binding approaches to solutions in order to hold and check the warming of the earth at the much-discussed limit of 2 degrees Celsius.  The climate conferences that take place every year are huge political and media events with their own structure and dramaturgy. The artist collective Rimini Protokoll has summarized in a three-hour, exemplary simulation what actually takes place at such a conference during a three-week period. The audience assumes the position of the delegates, and they meet for the plenum and walk in small groups through the entire theater to country-specific and subject-specific meetings. They are guided by eighteen experts, who present the background information and facts for the wrestling involved in an international climate policy. How do resolutions come about? How does the voting proceed, and how do the 196 delegations reach unanimous decisions? How are individual countries overheard on purpose? Which delegations are the ones who block resolutions - the dinosaurs of the day?