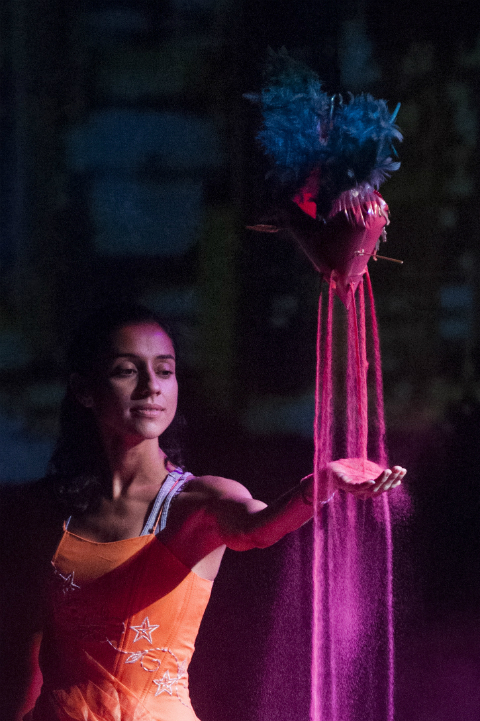 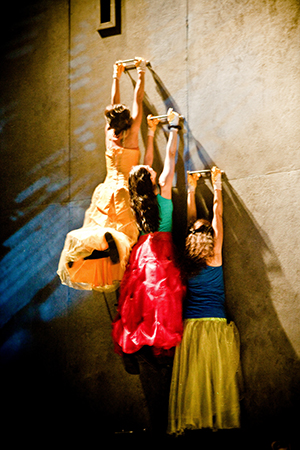 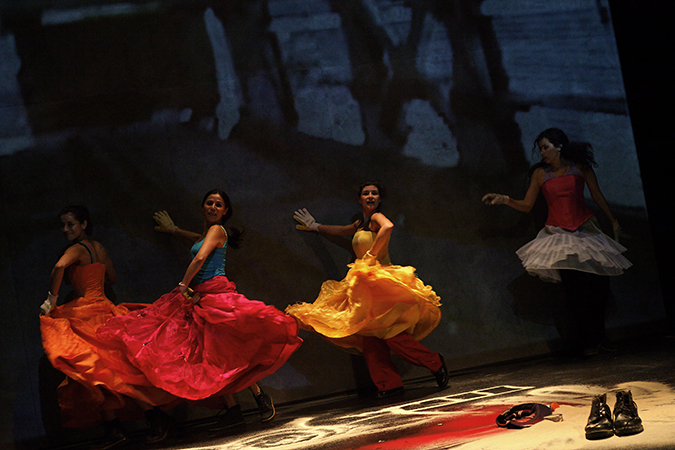 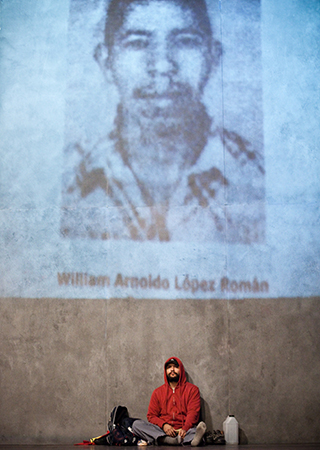 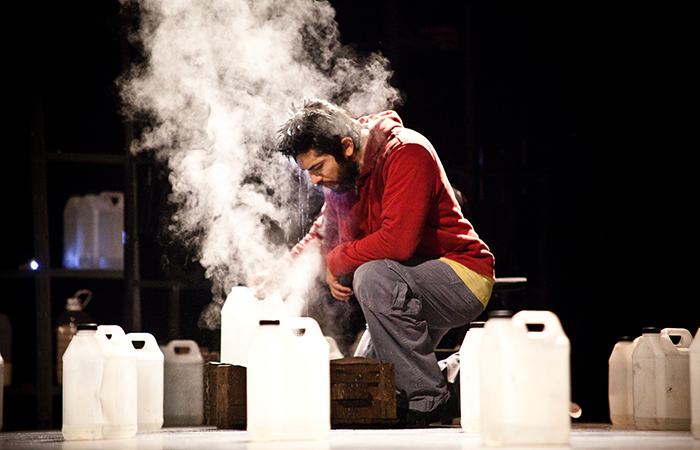 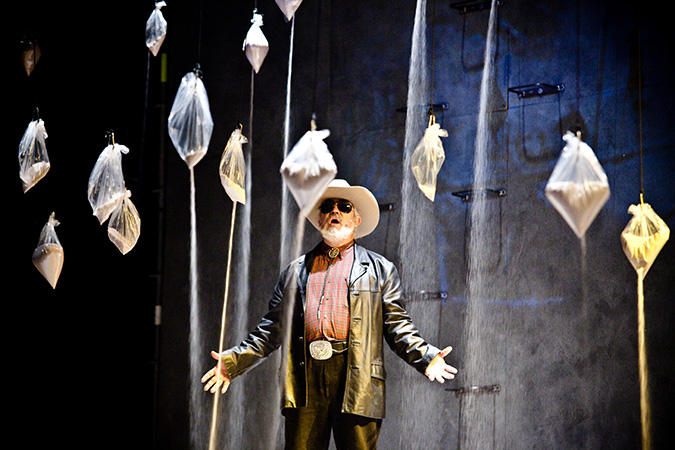 An artist talk will be held after the show on October 27 at Muffatwerk.

In Spanish with German surtitles

A man – a »nobody« – leaves South America and embarks on a dangerous journey to Amarillo, Texas, and vanishes without a trace before he reaches his destination. The woman he left behind reconstructs his body, his identity, the probable route of his journey, and imagines having a conversation with the absent man. AMARILLO doesn't report about border officials who hunt down illegal immigrants or other subjects that we find in the media. The focus is on the experience of the journey, of the desert, and the experience is told with very different means: film projections, texts, sound and music collages, song, choreographed movements, magical-realistic images, elements of nature, and documentary material.