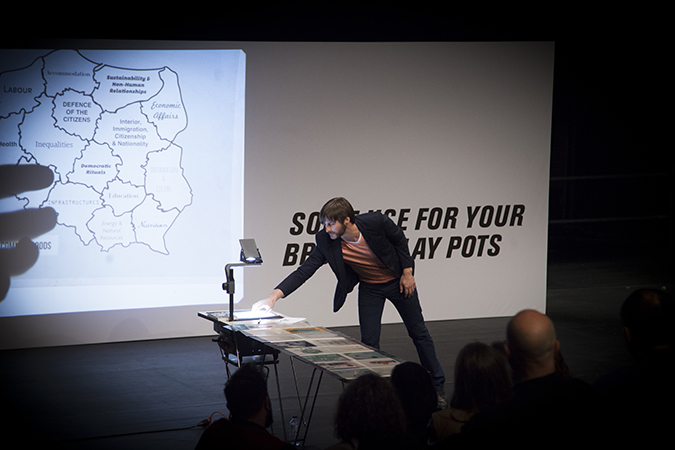 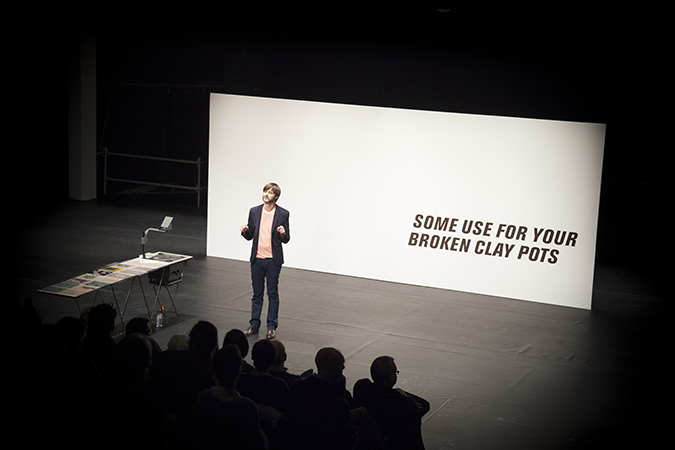 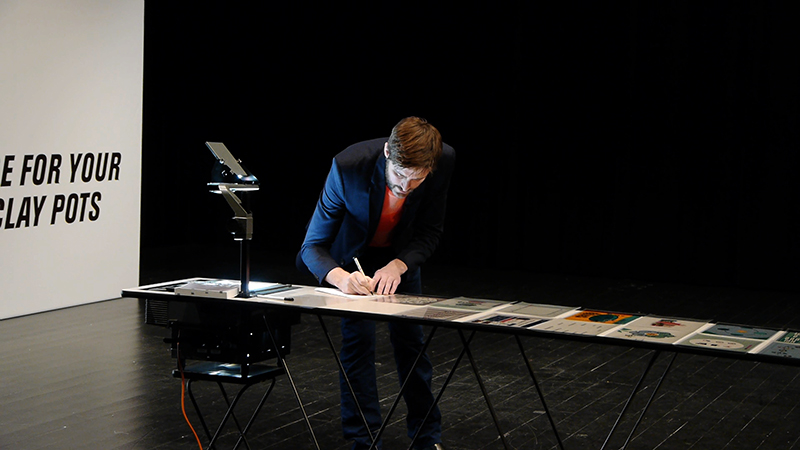 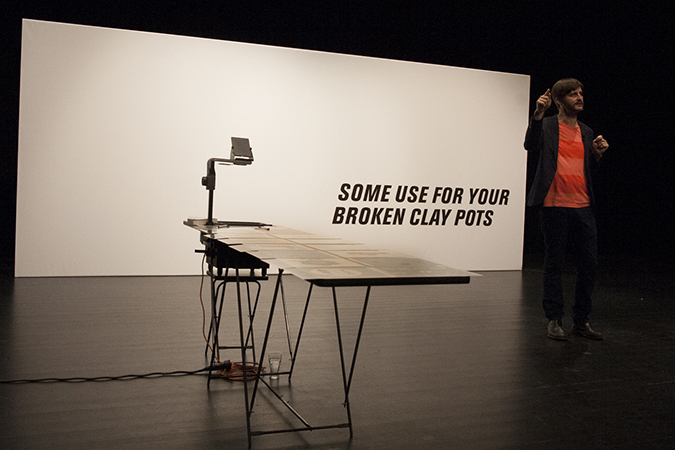 SOME USE FOR YOUR BROKEN CLAY POTS

What if we didn't elect politicians because they promise us something, but if we would vote them out of office if they didn't do their job? What would a system look like where political parties and professional politicians didn't play a role anymore? In view of the general disenchantment with politics, Christophe Meierhans thought about this. He thought about it a lot: In collaboration with political scientists and lawyers he worked out a complete constitution for an entirely different political system, based on the ancient practice of ostracism. In 350 articles he designs social structures that are based on the participation, rotation, and political responsibility of every citizen. He explains this political system in a lecture and welcomes comments from the audience. Because his project provokes extremely interesting questions of how our society functions and how we want to live. It opens up, in the protected space of a theater, avenues of thought concerning the fundamental nature of representation, justice, and the political decision-making process.