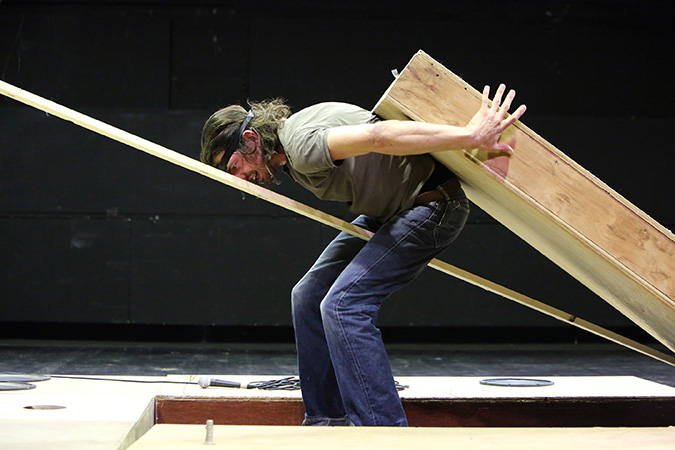 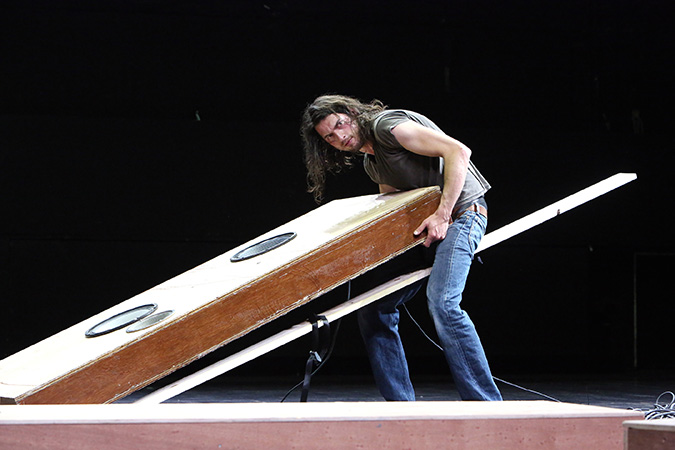 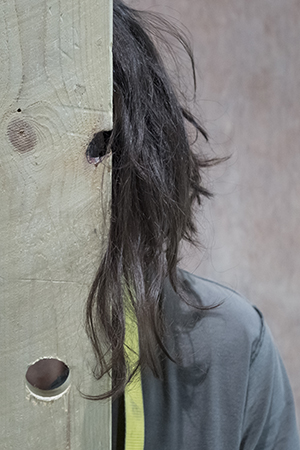 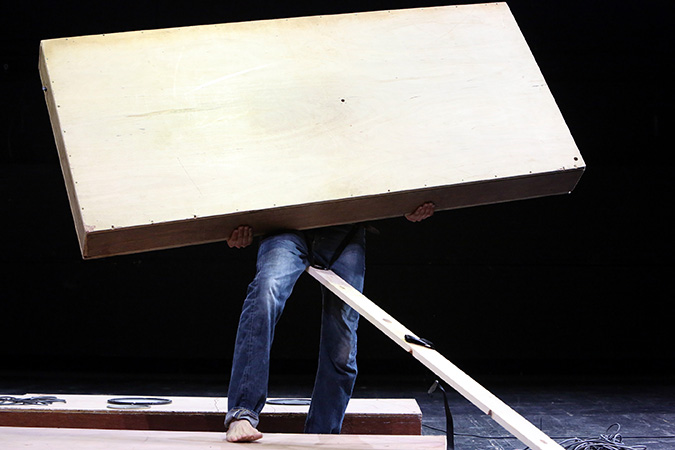 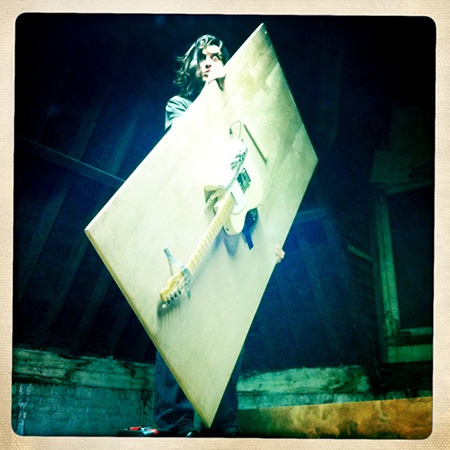 Born to persevere. Tough Shit may not be lame or blind, but he can't think straight. That's his fate. Helpless and strange, he goes his own way. That's exactly the way he walks onto the stage. And at that moment the world turns into pure joy, because Tough Shit has brought his band with him: The Horrible Facts – six oversized wood speakers.
Maarten Seghers has been inspired by the grotesque characters of Hieronymus Bosch and Pieter Bruegel. Along with Camus, he imagines Sisyphus to be a happy person. Life has to go on, passionate and intensive, despite meaninglessness, loneliness, and pending death. And so WHAT DO YOU MEAN WHAT DO YOU MEAN AND OTHER PLEASANTRIES celebrates a festival of emotions and a life filled with love and tragedy.


READ MORE:
Cast
A creation by Maarten Seghers Light and technical manager Marjolein Demey Assistant to the director and dramaturgy Elke Janssens
Biography
Maarten Seghers studied theater direction in Brussels, and he produces objects, installations, performances, and music. As part of the Needcompany in Brussels he has already participated several times as a composer and performer in productions by Jan Lauwers. He founded together with Jan Lauwers and Elke Janssens the consortium Ohno Kooperation, where artists contribute their respective installations, performances, and musical works and combine them to create mutual exhibitions and concerts. For the SPIELART Theater Festival 2007 they produced THE OHNO COOPERATION CONVERSATIONS ON THE O.H.N.O.P.O.P.I.C.O.N.O. ONTOLOGY. Maarten Seghers was one of the three composers of the music for MARKETPLACE 76, which was performed at SPIELART 2013.
Production and realization
Production Needcompany. Commissioned by FIDENA (Bochum) 2014. With the support of the Flemish authorities. Thanks to Monty Kultuurfaktorij