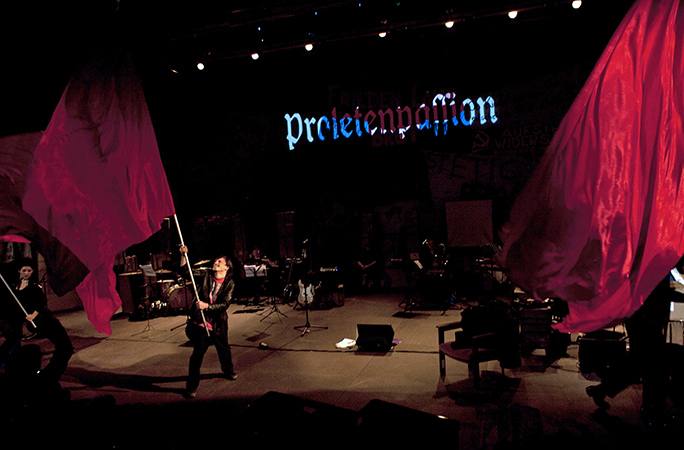 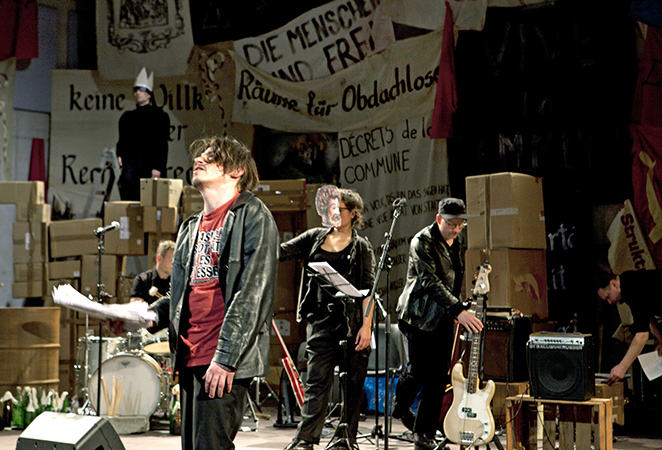 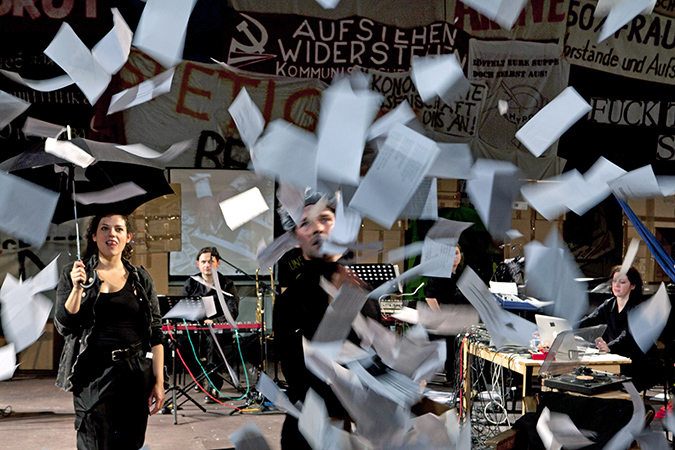 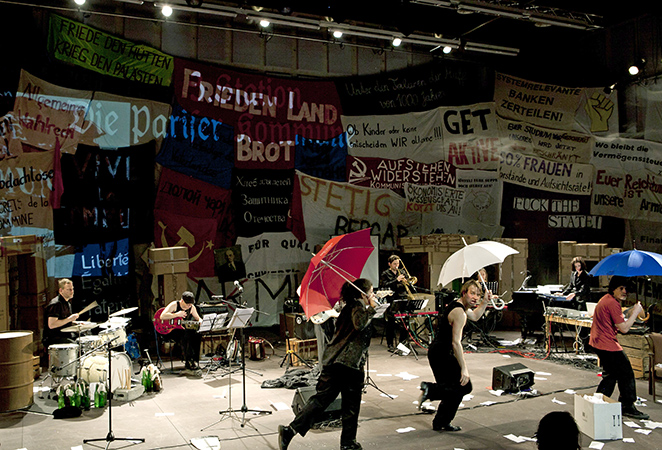 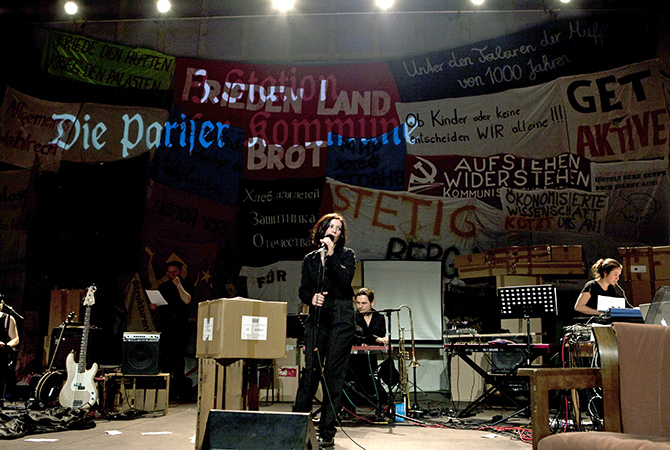 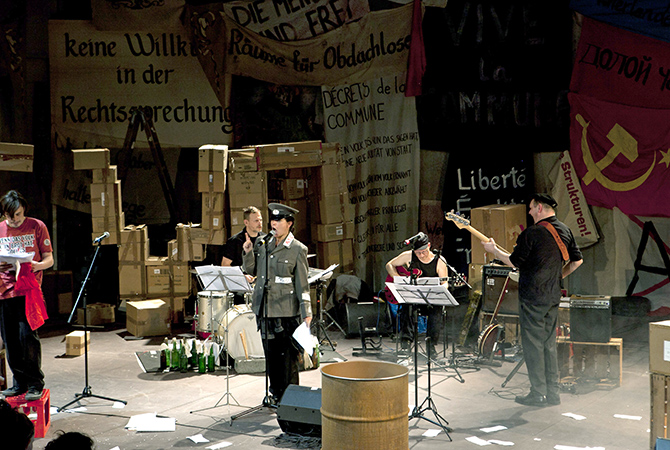 In the context of ART IN RESISTANCE | An artist talk will be held after the show on October 30 at Muffatwerk.

History is not only made, it is also written – and as a rule it's not written by the poor and oppressed but by those who are usually not opponents of the ruling classes. To contrast the »history of the rulers« with a »history of those who are ruled« was the intention of the author Heinz R. Unger and the band Schmetterlinge (»Butterflies«) when they presented their PROLETENPASSION (»Proletariat Passion«) at Wiener Festwochen in 1976. The last 500 years are told as a history of class struggles in 65 songs, and the victory of the working class is not necessarily at the tentative end of these struggles. Barely 40 years later the director Christine Eder, working with Heinz R. Unger, Gustav, and Knarf Rellöm, started examining the history of the proletariats anew and updating it, including the present-day worldwide protests, from Occupy to Gezi: When will the revolution come? Will it come at all? Can we still read history as a sequence of class struggles? PROLETENPASSION 2015ff. examines classic Marxist conceptions of history from a post-Marxist, contemporary perspective.

Christine Eder, director of PROLETPASSION by WERK X, studied political science, journalism, theater studies, and philosophy in Vienna, and also theater direction at the Institute of Theater, Music Theater, and Film at the University of Hamburg. She has been invited several times to the newcomer festival Radikal Jung (»Radical Young«) in Munich, and in 2010 she received the award for Best Ensemble Performance and the People's Choice Award at the Bayerische Theatertage in Regensburg for her production of EROS. Eder is a member of the Hamburg agitprop collective Schwabinggrad Ballett, and she directs plays at, among others, Thalia Theater Hamburg and Schauspielhaus Graz. She works continuously with various musicians, such as Bernadette la Hengst; DJ Patex; and School of Zuversicht.

Gustav is actually Eva Jantschitsch, and with her pseudonym she expresses her father's original desire to have a male descendent. This Viennese musician is inspired by feministic contexts, and she studied visual digital media design and digital art. She refers to her music as pop music with electronic influences. In 2005 Gustav received the Amadeus Austrian Music Award as the »FM4 Alternative Act of the Year«; in 2013 she received the Wiener Frauenpreis (»Viennese Award for Women«) as well as the Austrian Film Award in the Best Music category. In recent years Gustav has composed music for the Wiener Festwochen and the Salzburg Festival, as well as for diverse Austrian theater and film productions. Gustav wrote the new music arrangement for the new edition of PROLETPASSION by WERK X.

Knarf Rellöm (b. 1962) is a German musician. His nom de plume is an ananym of his name Frank Möller. He has worked with, among others, Jan Delay; Rocko Schamoni; Schorsch Kamerun; Bernadette La Hengst; Guz; the Aeronauts, and Pascal Fuhlbrügge. He has worked on theater projects in Cologne; Frankfurt; Munich; and Hamburg.
Production and realization
Production Werk X, Ali M. Abdullah and Harald Posch - Artistic director / director.
Realisation supported by the "Creative Europe" programme of the European Commission, the Allianz Cultural Foundation, the Kulturreferat of the provincial capital Munich and the Austrian Cultural Forum Berlin