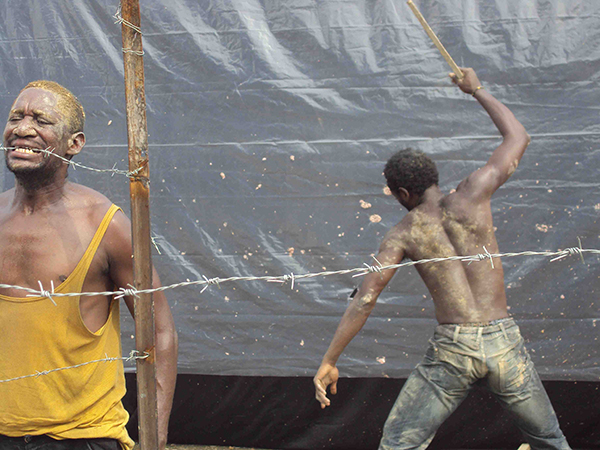 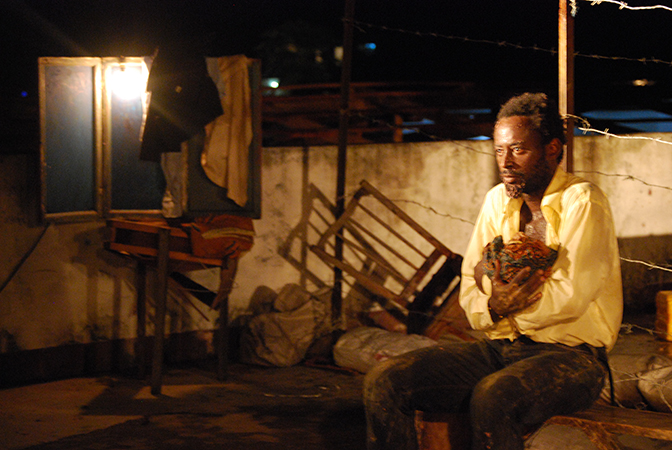 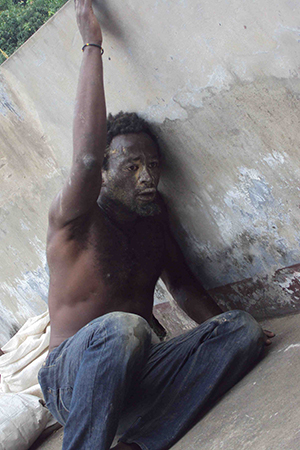 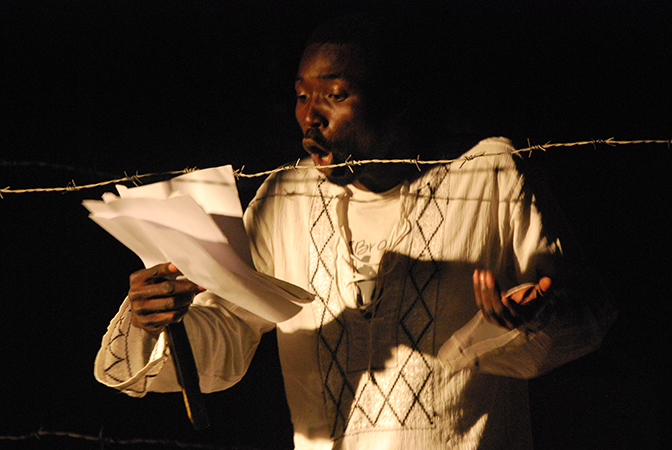 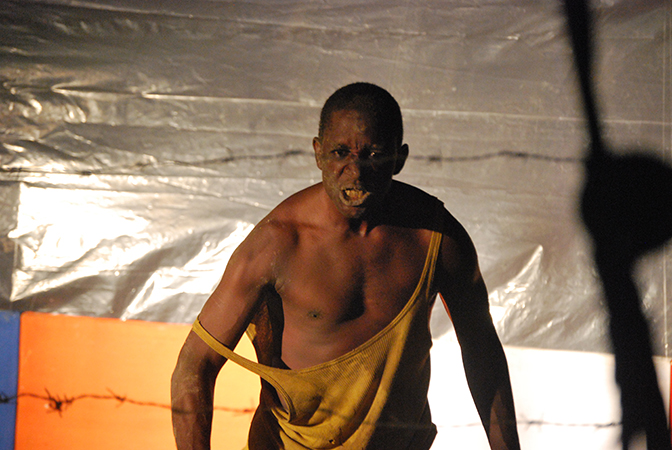 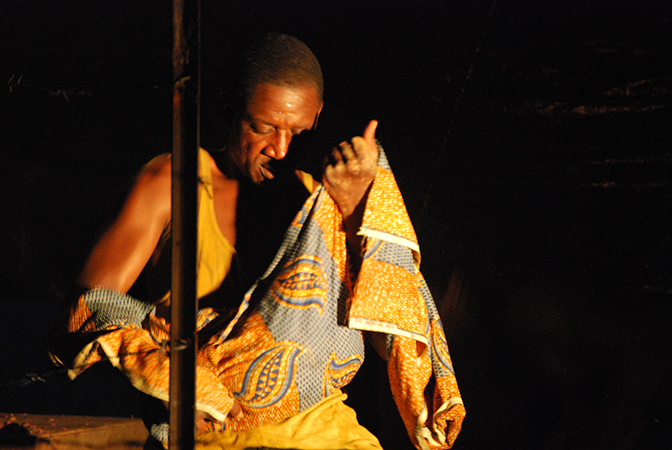 An artist talk will be held after the show on October 24 at Muffatwerk.

In French with German surtitles

For whoever grew up with violence, violence has become an integral part of his or her life - omnipresent in language, thoughts and feelings. In LE SOCLE DES VERTIGES the author and director Dieudonné Niangouna from Brazzaville shows a childhood and family story filled with brutality in a country shattered by colonial rule and civil war: an attack on Europe, an explosive cascade of language consisting of curse words and poetic images, an impertinence. The story is about two alienated brothers who love the same woman and confront the question - with sarcasm and pain - of belonging to a common culture and a horrible history, of origin and identity, and the dubious foundations of their actions.

READ MORE:
Cast
Text and direction Dieudonné Niangouna With Abdon Fortuné Koumbha, Ludovic Louppé, Papythio Matoudidi, Criss Niangouna, Dieudonné Niangouna, Ulrich N’Toyo Floor manager Papythio Matoudidi Cut Aliénor Vallet Music Pierre Lambla Light Serge Miankoulou Sound Simon Moumbounou Stage design Ludovic Louppé, Papythio Matoudidi, Dieudonné Niangouna Props Ulrich N’Toyo
Biography
To Dieudonné Niangouna (b. 1976 in Brazzaville, the Republic of the Congo), the stage is a place of resistance where the entire spectrum of freedom and suppression can be acted out. After studying at École nationale des Beaux-arts de Brazzaville, this artist performed with different Congolese theater groups. As an author, actor and director he deals in his works for the most part with the politics and contemporary history of the Republic of the Congo, as well as with the cultural heritage of the French colonial regime. During the civil war Niangouna founded Compagnie Les Bruits de la Rue with his brother Criss, which is meant to lend a voice and a stage to the noise and rage on the streets of his home country. He is the director of the festival Mantsina-sur-Scène, which takes place every year in Brazzaville.
Production and realization
Production Cie Les Bruits de la Rue. Executive producer: Le Grand Gardon Blanc. Coproduction: Théâtre Nanterre-Amandiers, Parc de la Villette (WIP Villette), Festival International des Francophonies en Limousin, Théâtre de Saint-Quentin en Yvelines, ARCADI. Supported by the SACD Théâtre fund, the Centre National du Théâtre, the l’Institut Français, the DRAC Ile-de-France,  the l’ADAMI and l’Espace Tiné de Brazzaville. The new version of 2015 is coproduced by the Künstlerhaus Mousonturm Frankfurt am Main GmbH and the SPIELART Festival München in the context of „Afropean Mimicry & Mockery in Theatre, Performance & Visual Arts“ supported by the TURN fund of the Kulturstiftung des Bundes. Thanks to Théâtre Gérard Philipe-CDN-Saint-Denis and La Faïencerie-Creil for the rehearsal residences.

Realisation Supported by the Institut Français and the French Ministry of Culture and Communication/DGCA.